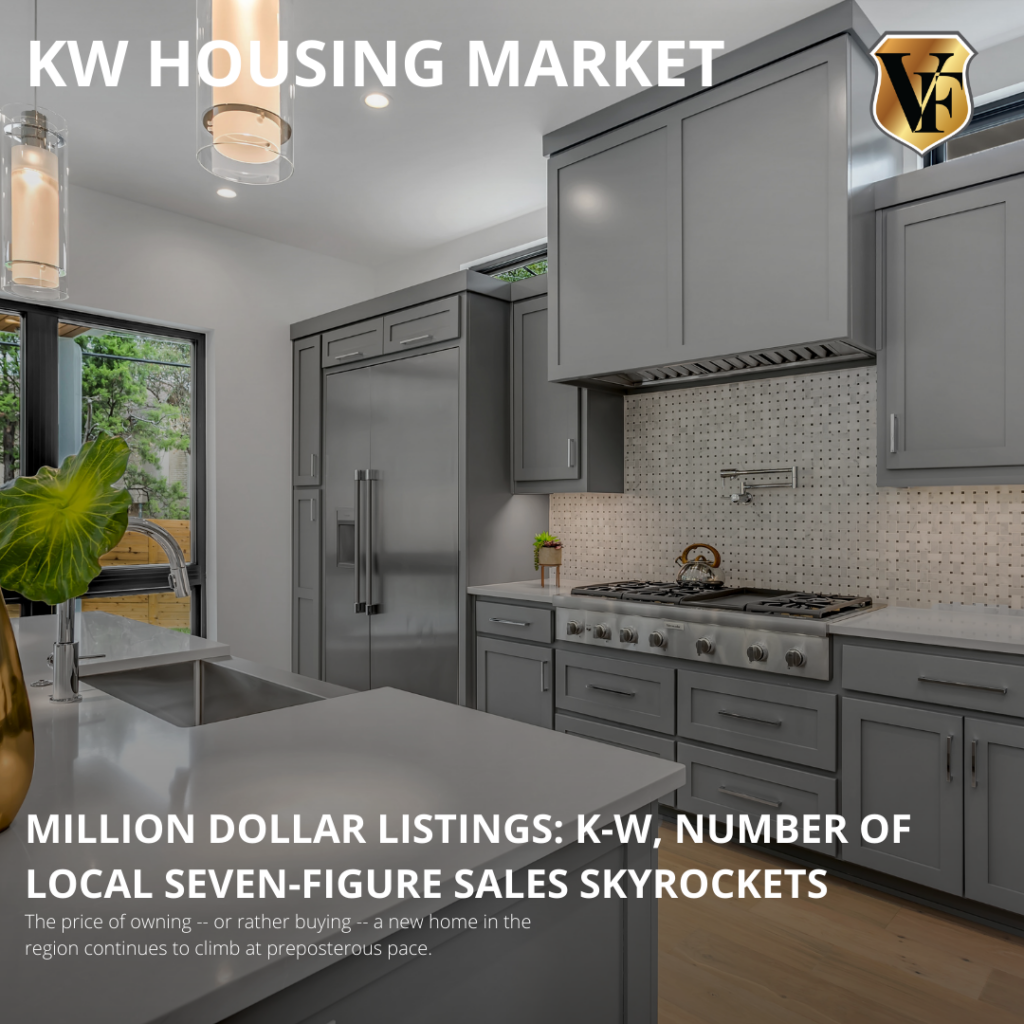 The price of owning — or rather buying — a new home in the region continues to climb at a preposterous pace.

This is according to the 2022 Luxury Market Report from RE/MAX Canada which tracks the sale of what it calls “luxury properties” priced at over a million dollars.

The realty firm says the report tracks this data across 19 regions and all but one last year saw the percentage of homes sold for $1,000,000 or more rise by double or even triple digits.

“The currency of homeownership has clearly taken on a new dimension in 2021,” said Christopher Alexander, President, RE/MAX Canada in a release. “The pandemic fuelled a run on real estate that has encompassed every segment of the market, and the value of housing has increased exponentially as a result – not only as a form of shelter but a desirable asset class that provides an attractive return on investment.”

The Luxury Market Report finds smaller urban markets are the ones seeing the most growth when it comes to luxury listings, the top three being Barrie, London, and Kitchener-Waterloo.

In Barrie, the number of homes sold for north of a million dollars last year shot through the roof, up sixfold from 2020. In Kitchener-Waterloo, more subdued by comparison still up 208 percent with 1,312 homes sold for a million or more last year compared to 426 the year prior.

“As high as these numbers are, we believe they just scratch the surface,” said Alexander. “In our view, these levels likely do not truly reflect what is happening in markets across the country, given an abundance of exclusive sales and in white-hot markets such as Toronto, instances of private sales where buyers approach sellers whose listings have expired.”

This report — like others before it — is pinning part of the blame for rising prices on out-of-town buyers from larger markets moving to smaller ones to get more for their money. It says coupled with that demand is also reduced supply.

“Despite a third and fourth wave of Covid-19 in 2021, real estate markets continued to rattle and hum,” said Elton Ash, Executive Vice President, RE/MAX Canada. “Tight inventory levels were prevalent in at least half of the markets we surveyed and contributed to an uptick in values across much of the country.”