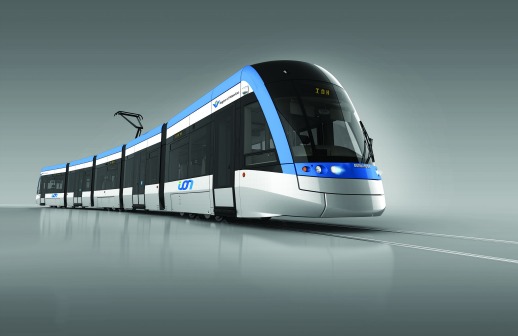 Agents actually camped out for a week to get a shot at buying properties in the area for clients from out of town.  There are a number of reasons this region is so attractive.   Kitchener-Waterloo offers a strong, diverse economy with great quality of life for residents and housing is still relatively affordable.  One particular strength is that the area is investing heavily in transportation infrastructure as it plans for growth.

The construction headaches should be worth it.  Waterloo Region has wisely decided to invest in a rapid transit system rather than build more roads to deal with its growing population.  Light rail will make it possible to travel quickly across the city and should be a popular alternative to driving.  The Region says it would have been necessary to build 17 roads equivalent to Hespler road to deal with congestion.  That would have cost a fortune and made life rather unpleasant as it cut through neighbourhoods and led to even more cars and urban sprawl.  Phase one of the LRT connecting Kitchener and Waterloo should will be up and running by early 2018.  Phase two will connect Cambridge.  It’s a transportation solution that lets KW grow without the agonizing commute time endured by Toronto residents.

One of the major draws of the Waterloo Region is a strong economy.  In addition to all the construction jobs, the Region expects nearly 17 thousand jobs will be created simply by the development created along the LRT route.  More and more we hear people referring to the Toronto Waterloo Region technology and innovation corridor.   The Waterloo Region Record cited a recent report saying developing such a corridor has the potential to increase the entire country’s GDP by $17.5 billion a year and provide more than 170,000 jobs.

While transportation within the region is obviously important the idea of a tech corridor from Waterloo Region to Toronto means reliable and affordable transportation.  Two-way all day Go Train service has long been talked about but the expectation is that it will actually happen by 2024.   As Toronto faces traffic gridlock and out of control housing prices, commuting from Kitchener starts to look like an attractive option.