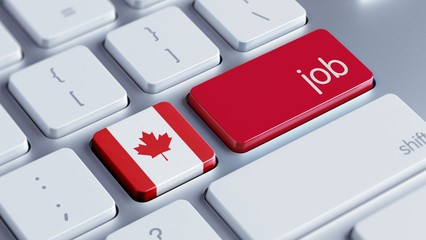 For this notoriously volatile data series, it is particularly true that ‘one month does not a trend make.’ Following last month’s dismal employment report, job growth rebounded in December, erasing almost half of the earlier decline (even more if you exclude transitory factors in November). As well, the unemployment rate reversed much of its November spike, capping the second-best year of job growth since the recession and supporting the Bank of Canada’s view that the Canadian economy is resilient.

Canada’s economy created 35,200 net new jobs in December, bringing the total number of jobs added to 320,300 in 2019, the second-most since 2007. The jobless rate ticked down three basis points to 5.6% and wage gains decelerated to a still-healthy 3.8% from a year earlier.

All of the job creation was in full-time employment in the private sector. Provincially, employment gains in December were led by Ontario and Quebec; British Columbia led declines. Construction jobs increased markedly, with BC and Ontario contributing the most to the rise. Following two months of decline, employment in manufacturing was little changed in December. The trade war has hit manufacturing hard, and even though a trade deal will be signed by China and the US next week, it does not eliminate the bulk of the tariffs imposed in the past year.

In December, BC continued to have the lowest jobless rate in the country at 4.8% (see Table below). Ontario and Quebec are now running neck-in-neck following a period of stronger job growth in Quebec. Atlantic Canada remains in the last place with secularly high unemployment rates–a long-standing situation.

Bottom Line: the December employment report confirms the Bank of Canada’s current policy stance that despite headwinds, the Canadian economy remains relatively resilient and that further interest rate cuts are unnecessary. This assessment can change on a dime in today’s uncertain world, but for now, the central bank is likely to remain on hold. Interest rates have risen in the past six-to-eight weeks owing to market forces. The fourth-quarter GDP growth in Canada has slowed markedly on weakness in consumer and business spending; hence the Bank will be monitoring closely upcoming data. We are forecasting roughly 1.8% growth in the economy in 2020, about in line with the 2019 pace. With very tight labour markets, the output gap has closed, and the economy will run at the longer-run potential growth pace consistent with our forecast.

Canadian consumers appear to be less sanguine about the outlook than economists. In an end-of-year survey for Bloomberg News by Nanos Research Group, 55% of Canadians said there’s at least a “somewhat likely” chance of a recession this year. Only 33% reported a recession is unlikely, with 12% unsure. According to Bloomberg News, ” the downbeat perceptions reflect a pervasive sense of caution that has dogged the country’s households for more than a year and impacted their behaviour.”

Excluding housing, annual growth in total household consumption has averaged 1.1% in real terms over the past four quarters, the slowest pace outside recession since at least 1962. Another sign of cautiousness: savings rates are inching higher and are now at their highest level since 2015.

Bloomberg reports that “there are also indications that consumer worries have levelled off. The results are little changed from a similar poll taken at the end of November. A separate gauge of consumer confidence — the Bloomberg Nanos Canadian Confidence Index — saw a rebound in December from a two-month slide, as stock markets surged at the end of last year and sentiment around real estate recovered.”

Not surprisingly, recession concerns are most pronounced in prairie provinces like Alberta, where almost three-quarters of households see a chance of a 2020 contraction. Alberta has been hard hit by the plunge in oil prices since mid-2014 and is only slowly recovering. A majority of respondents in British Columbia and Ontario are also concerned a downturn is imminent. Quebec was the only province where optimists outnumbered pessimists.

Consumer confidence in the US has also declined, yet the stock markets in both countries continue to post record highs. We are in the eleventh year of economic expansion, the longest expansion on record, although it is not the strongest. Unlike the US, Canada has benefitted from a surge in immigration in the past three years, boosting growth.

Canadian housing markets have rebounded considerably from the Jan 1, 2018 imposition of the B-20 mortgage stress tests and fiscal stimulus is likely in the next budget, cutting taxes for the middle class and boosting government spending. Such stimulus will likely forestall further weakening in the economy.

Chief Economist, Dominion Lending Centres
Sherry is an award-winning authority on finance and economics with over 30 years of bringing economic insights and clarity to Canadians.