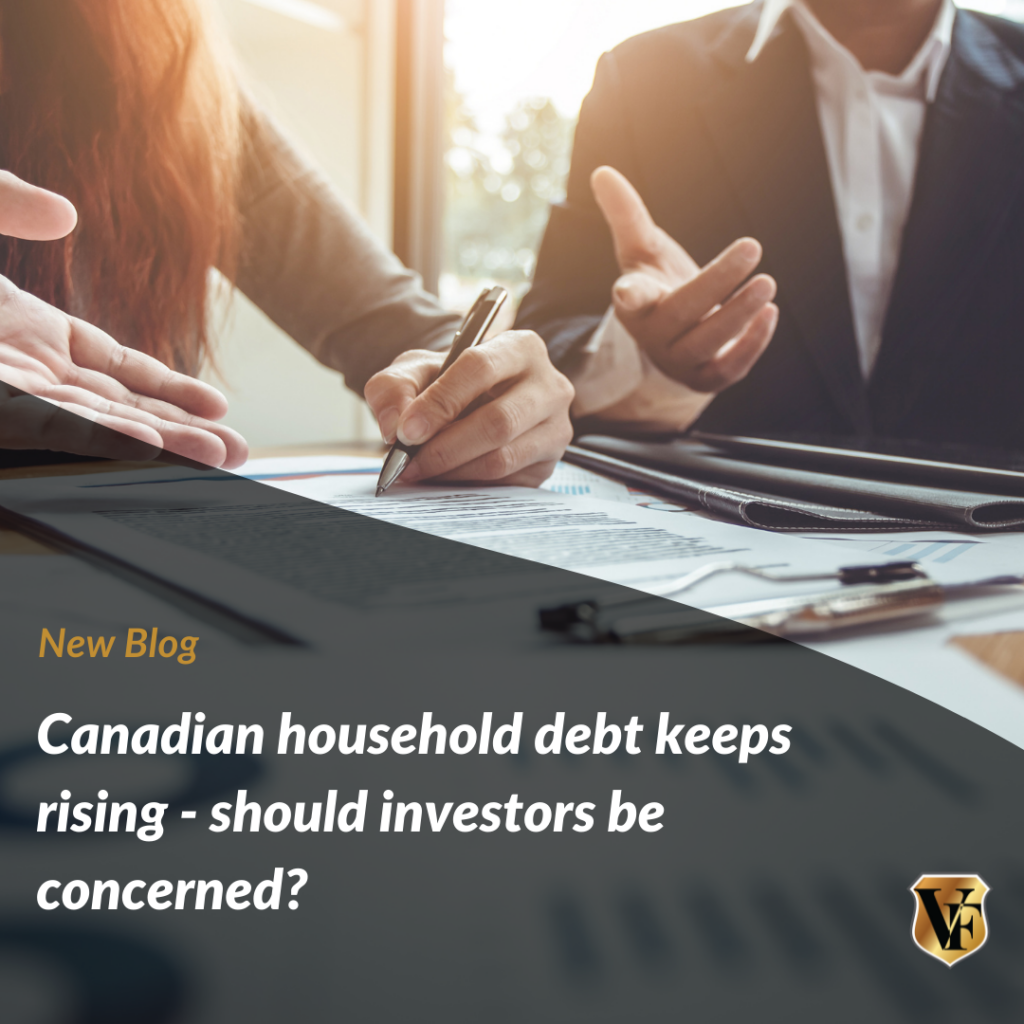 Debt is something of the open secret of the financial world – or at least one of them. It’s that thing in the background that we would rather ignore, but eventually, we must face it.

That isn’t to say that debt is inherently a bad or dangerous thing – the trading of debts has done great things for business and the average person’s ability to make the most of their money. In fact, most Canadian homeowners probably never would have been able to own their homes without taking on some amount of debt. Debt is a fundamental, and on some level, healthy part of our economic system.

However, debt comes with an implicit promise of payback. Funds are borrowed now with the assurance that they will be collected later, perhaps having grown through interest. With so much riding upon the repayments of debts, it’s naturally concerning when we look at what happens in the event of defaults – or mass defaults. The effects of such a collapse were seen plainly in the 2008 financial crisis, heightening widespread cultural anxiety about debt levels and their implications.

Nonetheless, the indebtedness of the average Canadian home continues to rise. One of the biggest contributors to this rise has been the increase in mortgage debts, making this very much an issue that real estate investors should be aware of. What do our growing household debts mean for Canadians, the housing market, and for the larger economy?

According to Statistics Canada, Canadians collectively hold over $2.5 trillion dollars in household debt. That’s around 109% of Canada’s total yearly GDP. To put it in perspective, that means if you had a loonie for every dollar of Canadian debt, stacked on top of one another they could reach to the moon and back more than six times. Truly astronomical figures.

Another way to look at it is that the average consumer debt is now $1.70 for every dollar of household disposable income. The higher the difference between debt and income, the longer it takes for the average debt holder to pay off what they owe and become debt-free. Currently, only about 30% of Canadians have no debts.

So, where exactly does this debt come from? The number one contributor to Canadian debt is mortgages. Mortgages make up over two-thirds of the total debt held by Canadians. The rest of the non-mortgage debt is made up of things like credit card debt, student loans, car payments, and more.

In fact, mortgage payments make up such a large portion of our debts that, even though non-mortgage debt decreased a reported $20.6 billion during the pandemic, $16 billion of which was credit card debt, the overall level of debt has still risen. Excluding mortgages, most Canadians actually ended up in a better place debt-wise as a result of increased disposable income during the pandemic.

There are a few causes of increasing mortgage debts. For one, home prices have continued to go up, meaning that the average size of Canadian mortgage loans has also risen. In combination with that, lower interest rates have made these rising mortgage balances easier to service and allowed inflation of mortgage debt.

Another factor is that the growth in Canadian incomes has not kept up with the increase in home prices. The average Canadian income only rises a few percentage points a year, while home prices have risen over 20% in some areas in the last year alone. This means that our homes, and our debts, now make up an increasingly large proportion of our incomes.

However, it would not be correct to say that rising mortgage debt is a result of Canadians overspending. With stringent stress tests, debt limits for those looking to take on mortgages, and a pretty low level of Canadian mortgage delinquencies, it seems that Canadians are, at least, not taking on too much debt to handle.

In fact, the level of Canadian debt serviceability (the amount of money required to continue making regular debt payments) has actually remained much more stable over the years. Essentially, how much debt a person can hold is determined by how expensive that debt is, and, as debt has gotten cheaper, our level of indebtedness has gone up.

Why do Canadians take on so much debt?

Simply put, our system has been built to encourage people to take on debt. Imagine if you could never take out a mortgage, a car loan, or student loans and could only spend money you had on hand. The reality for most Canadians would be a significant decrease in quality for many areas of life as we have come to rely on our ability to own now and pay later.

With debt, we can have access to many more things that we wouldn’t otherwise, and it means that more Canadians are able to go to school or have access to a vehicle, or a home. Without significant changes to the actual underlying economic systems that cause things to cost money, debt is one of the most realistic ways for the average person to have access to our modern conveniences, and in doing so, prosper.

Though there are many cases of people who have been ruined by debt, the vast majority of Canadians who are wise with their debt choices are able to successfully pay off what they owe over time, making debts an effective practice.

What does it mean for the housing market?

A high level of debt can mean vulnerability for the market. When people have so much of their money devoted to paying debt, any widespread economic shocks could put these payments in delinquency and cause massive damage to our economy.

As mentioned before, despite the high level of mortgage debt that Canadians are taking on, we are remarkably good at keeping the bills paid on time. This means that a situation like the housing market crash seen in the U.S. is far less likely to be able to happen here.

There can be smaller impacts, however. For example, so many Canadians are stretching themselves so close to their debt limits that even smaller impacts like that experienced from an increase in interest rates may be reflected on home prices. It also means that the housing market will be the first target when it comes to reducing Canadian debt. Already there have been widespread calls for regulations to slow market growth and make housing more affordable, which would surely reduce some of the debt burdens on Canadians. However, as of yet, effective measures to address housing affordability are still a political fantasy for most.

Things like the mortgage stress test and debt service ratio limits have been put in place specifically to make sure that Canadians aren’t over-leveraging themselves, but there is still much to be done.

How does the average debt compare to other countries

On the world stage, Canada is ranked 4th for countries with the highest levels of household debt to income. We come in below Denmark, Norway, and the Netherlands, and above countries like Sweden, France, and Germany. It’s not a great place to be, but we are at least in good company.